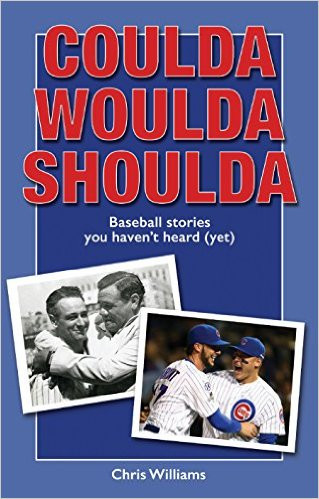 No need to click. No coupon. No code. See Bill James Handbook 2020 for details.

Baseball is a game of what-if’s.

Between the covers of this volume Chris Williams gives us a collection of twelve cliché-free essays that range from the very early years of the 1900s to the end of the 2016 World Series. Topics covered include the mystery of a Cubs team stocked with All-Stars and future Hall of Famers that finished in dead last, why a Yankees club fell into the second division after winning a pennant, how a White Sox team of hitless wonders won the World Series, and the unusual cases of a rookie who hit .313 in his rookie season only to be back permanently in the minors the following year and the first (and probably last) “designated runner” in the major leagues.

Williams provides plenty of statistical analysis, like why the 2016 World Series might have gone seven games—not because of any real or imagined curses but because the two teams were so evenly matched when the series began; how the Mets became truly amazing; why the Cincinnati Reds didn’t need the mob to beat the Chicago “Black Sox”; and why Dick Allen belongs in the Hall of Fame.

There is also has a bit of human interest stuff, too, including the opening piece saluting the close friendship between Kris Bryant and Anthony Rizzo of the 2016 World Champion Chicago Cubs and comparing it (both positively and negatively) to the relationship between Babe Ruth and Lou Gehrig of the New York Yankees in the 1920s and 1930s.

Chris Williams is a veteran freelance writer with numerous books, articles, ad features to his credit. He is also a regular contributor to the Baseball Almanac Website and a member of the Baltimore chapter of the Society for American Baseball Research. He lives in York County, Pennsylvania, with his wife of 38 years, Sue. Chris is a lifelong Phillies fan but loves following all the teams.