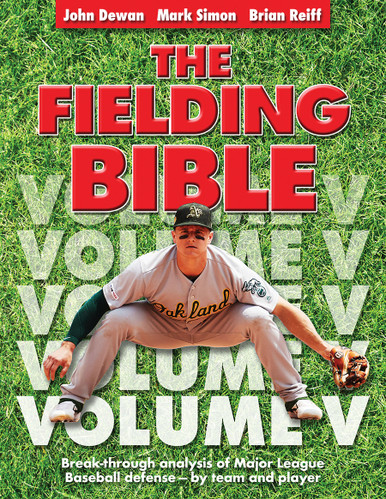 You’ve seen it with your own eyes, every single game you watched live or on a screen: Defensive shifting is up more than 350% since 2014, and that was after a 500% increase from four years before that.

We’re now able to evaluate all infield plays, not just ones involving an unshifted defense. The result, we believe, is a more accurate overall depiction of defensive performance.

John Dewan, author of Volumes I and II and co-author of Volumes III and IV, has consistently broken new ground in statistical sports analysis, with defense as his specialty, first as one of the founders and former CEO of STATS Inc. and now as the owner and CEO of Sports Info Solutions (SIS).

Mark Simon, senior research analyst at SIS, former head researcher on ESPN’s Baseball Tonight and author of the book The Yankees Index, has written about and researched baseball for more than 20 years.

Brian Reiff, research analyst at SIS since 2016, is a leader of its Research and Development team, producing meaningful and insightful analysis for both baseball and football.